Ancient coins are non-renewable items. One coin is less than the other. Currency such as Guangxu Yuanbao, which is rare in the world, is now mostly owned by collectors or museums in Peking University, and it is only occasionally seen at high-end auctions. If we meet each other by chance, it will be regarded as a kind of special bond between collectors and ancient coins. 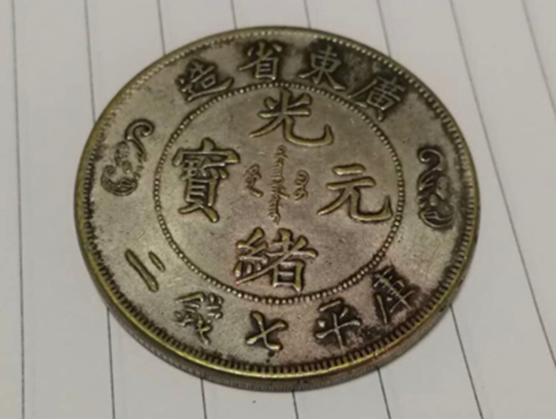 Guangdong Province made a silver ingot with the double dragon longevity character Guangxu. This coin was cast at the beginning of the 31st year of Guangxu (1905) to commemorate Cixi's seventieth birthday. Zhang Jiong-bo wrote in his article "Silver Coin Made in Guangdong Province:" However, this product is extremely difficult to break suddenly because it is not dated. However, when one looks at its design, it is harmonious and makes a happy life. It encircles Shuanglong and has no English screen. It means praising and wishing. It is very unusual. Therefore, it has become one of the commemorative coins specially made to wish Empress Dowager Cixi 70 years of life. "

Shuanglong Shouzi coins were used by Guangdong Provincial Casting Bureau to dedicate the Qing Dynasty to wish Empress Dowager Cixi a long life, so the amount of coins cast was not large. Most of them were dedicated to the Qing Dynasty or given to the dignitaries at that time, which was rarely seen in folk circulation. The silver coin has "made in Guangdong province" engraved on the upper end of the front bead ring, regular script "Kuping Qiqian 2" or "Kuping Yiliang" engraved on the lower end. The left and right sides of the coin are not used with the ordinary Guangxu silver ingot. Bat patterns are engraved on the two sides. The bead ring has "Guangxu silver ingot" engraved on the four characters. On the back of the silver coin, outside the bead ring, a double dragon play bead pattern is cast, and inside the bead ring, a round "shou" character is cast. The design of silver coins is very characteristic. The pair of bat patterns cast on both sides of the front symbolize good luck. Because bat's word "bat" is homophonic with the word "fu", the bat pattern cast on the coin surface is intended to take the homophonic meaning of "bat" and "fu", which corresponds to the word "shou" on the back, implying "both good and bad luck and longevity". So far, none of the silver and copper coins coined in the dynasties can be compared with the seven-dollar and two-dollar Shouzi coined in Guangdong Province. On the one hand, it is difficult to imitate almost every stroke and decoration of the coin. On the other hand, the double dragons depicted on the back of the silver coin are lifelike and breathtaking. They are very excellent panlong relief works. 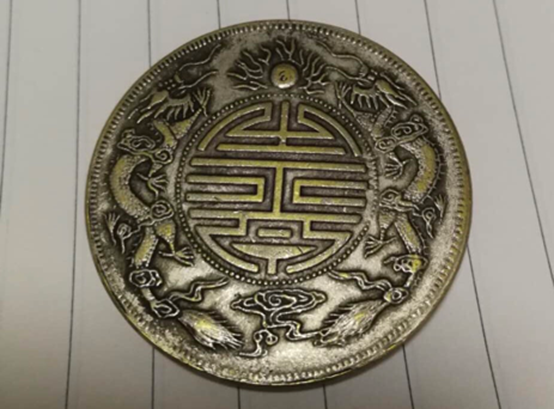 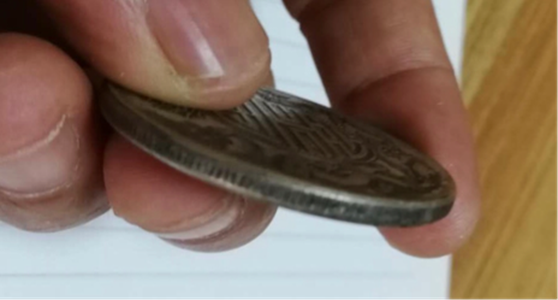 This ancient coin has a good appearance, clear font, regular shape, unique style, smooth writing style and fine carving. This coin is rare in the world and has a high collection value. We can see that this silver coin has been preserved till now, and its characters are very clear and have distinct characteristics of the times. The collection of ancient coins is a hot topic in today's collection circle. The rare and rare Guangxu Yuanbao copper coin has very high appreciation potential and collection value.

The collection is now on sale in the art online mall platform. According to the treasure holder, this ancient coin was handed down by ancestors. It has been appraised by experts and teachers, and it is a masterpiece. We learned that he had this rare treasure and invited him to take part in it. Now the holder of the treasure has difficulty in capital turnover. We are willing to entrust this ancient coin to our company to find a buyer through network media on its behalf. If you are interested in this collection, you can call the enterprise contact number: 400 686 3616 for discussion.